offering workshops and online Health empowered education for Professionals who care for Bodies, and all those who have one. 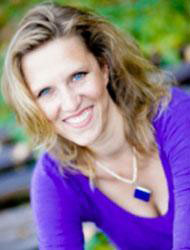 Trained in Shiatsu and Acupuncture in the early 90’s, Meredith teaches accelerated healing skills to Somatic therapists to increase their treatment results through direct access to the nervous system.

A pioneer in the field of Eastern and Western integrative sciences, she has developed Neural Resonance Therapy®, an understanding of the geometry of healing in viewing the body both as Frequency and Matter.

Working within the company of physicists, cosmologists, mathematicians and geometricians, Meredith has unearthed an understanding of geometric precision in the body that compliments the information physicists are witnessing in the cosmos.

Her research in this field since 1996 has taken her to many parts of the globe, and she teaches internationally, continually meeting and sharing the work of remarkable healers, practitioners and teachers from around the world.

Creating a stronger collective within the field to raise awareness around the Somatic Arts as an essential component to the medical mainstream is her ongoing goal.

Neural Resonance Therapy® is the result of over 15 years of Meredith’s research that views the body through an entirely innovative lens – one that fuses Eastern and Western concepts of healing together for the very first time.

Until now, we have not had an understanding of how Western physiology can relate to the energy systems of the East. Meredith weaves together these seemingly separate studies, uncovering geometry as the common language between perspectives.

For therapists, it is a template through which to view the body in unity and increase the impact of any treatment they use. Due to its direct access to the nervous system, this technique also allows therapists to use less pressure to move more flow, so the impact to the therapists body is reduced, preventing ‘burn out’.

For clients, it is a bodywork session that reaches deeply into the nervous system, clearing the body on levels that make way for health to rebalance, and the mind to gain greater clarity.

Not so much a technique as it is an ‘anatomy template’ through which to approach the body, Neural Resonance Therapy® can be used in conjunction with any therapy, and illustrates a weaving of muscles, nerves and dermatomes in relation to Meridians, Chakras, Kundalini theory and more, colliding as a matrix of interacting fractals and morphing form that are complex, yet amazingly straightforward in their geometric precision.

Our next step in healthcare, technology and the foundation of our future insights is through the coming integration of global philosophies. This wave is well on the way in physics labs where they are discovering there is a unified field of geometric relationships that connect everything from DNA to the Cosmos.

It has become one of the most advanced methods for increasing flexibility and reducing pain through its unique approach to the ‘stretch reflex’ – the natural, contractive force that protects the body from injury.

By stretching without resistance into muscles, this contractive force relaxes, freeing the joints, increasing resilience in tendons, ligaments and muscles and conditioning the body so that you can USE it better, with less risk of injury.

This creates easy movement, less aches and pains, improved postural alignment, higher energy and a finer sense of what your body is telling you can be done when you’re in pain – or how best to avoid it.

Meredith Sands Keator is the founder of Neural Resonance Therapy®, co-director of Somatic Stretch® and began her life’s work as a Shiatsu Therapist and acupuncturist in 1994. Prior to this she trained as a culinary chef in Paris, France and worked extensively as a private chef on yachts in the South of France and in the Swiss Alps. Meredith has remarkable skills as a somatic therapist and teacher as well as a lifestyle coach in the realm of nutrition and healing.

Meredith is currently writing a book on Neural Resonance Therapy® – an extremely progressive approach to uniting Eastern and Western concepts in healing that she teaches to therapists internationally.

Having come from generations of pioneers in both medical and alternative health care disciplines, Meredith has spent her life studying and researching her field extensively, synthesizing information and distilling it for the benefit of those ready to move hands-on healing away from ‘simple relaxation’ into the serious arena of healthcare.

A powerful wave of integration between Eastern and Western philosophies is about to sweep us forward into our next step of technology, physics and medicine. Meredith’s ability to see the future of this merging, her extensive research, her skill in disseminating information and her talents as a somatic therapist will prove her to be one of the leaders in this arena of visionary health providers and educators.